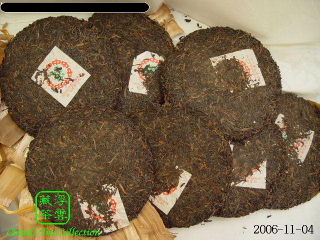 The Puerh tea lover, M, raised a question, "Puerh tea is a kind of special tea which has both loose-leaf form and compressed form. Which one is better?"

Cloud replied, "In fact, both of them have their own greatness and shortness. Different forms fit different customers' needs."

The Origin of Compressed Tea

In Qing dynasty, the ancient Six Famous Tea Mountains were already well-known to the tea market. The ancient document, "A Survey of Mountains and Rivers of Yunnan" (滇海虞衡誌), recorded that "Puerh tea is well-known amongst the Chinese communities and yielded in the Six Famous Tea Mountains, they are Youle, Gedeng, Yibang, Mangzhi, Manzhuan and Mansa. The Mountains cover eight hundred li (里), the number of workers engaged in the tea business amounts to more than 100,000 people. Tea merchants buy the tea and deliver it to every city in China. (普洱茶名重於天下，出普洱所屬六茶山：一曰攸樂、二曰革登、三曰倚邦、四曰莽枝、五曰蠻磚及六曰漫撒。周八百里，入山作茶者數十萬人，茶客收買，運於各處。)" Owing to the fact that it was inconvenient for people to transport Puerh tea from Yunnan to other cities in the old days (because of lacking of highways and railways), the only possible way to deliver Puerh over the mountains was by horses. Under these difficult circumstances, delivering Puerh tea in loose-leaf form was extremely inconvenient:- 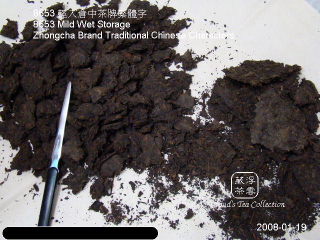 In order to have a better transportation, Puerh tea was compressed according to the ancient method traditionally used before Ming Dynasty. After compression, it was much easier for packing and delivery.

Puerh tea is an aging tea. That is to say, a Puerh tea cake has to be stored and hoarded for some years so that it can undergo the natural aging process after it has been compressed in the tea factory. Tea broth will give marvelous mellow flavor after many years of natual aging. In fact, the aging process is a long journey of Oxidization and Natural Fermentation. For raw tea cakes, it will normally take 20 or more years for its natural aging.

Compressed Puerh - The Beauty of Compression 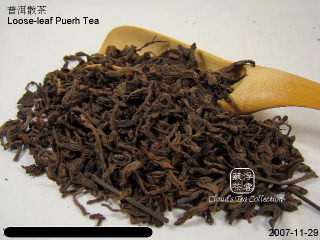 It is difficult to draw a line to conclude which one is better because both compressed Puerh and loose-leaf Puerh have their own greatness. If you want to have a wonderful flavor from an aged Puerh vintage, it'd better for you to buy a compressed tea cake. Also, it saves space. However, if you are an ordinary consumer who just wants to brew Puerh tea daily without being troubled by storing and aging, it'd better for you to buy loose-leaf Puerh for daily consumption as you can brew it easily and do not need any other tool to break it.